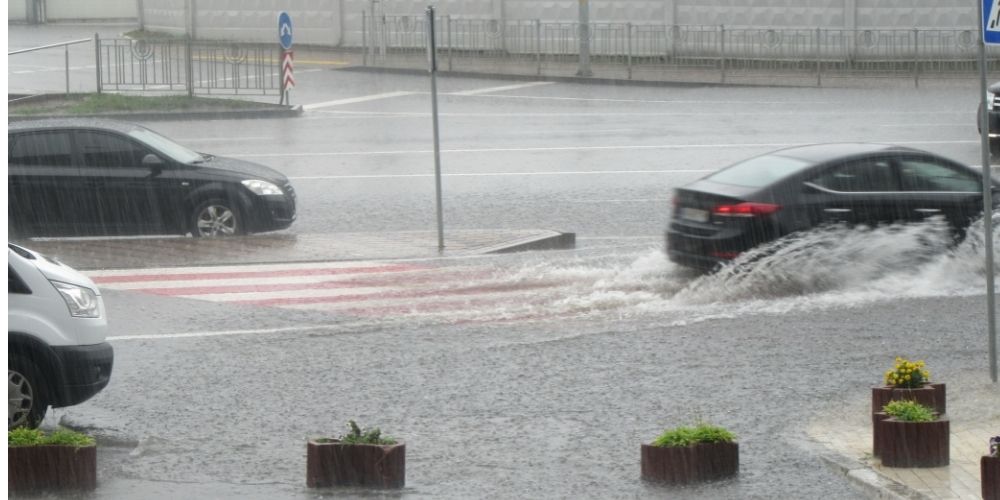 Extreme flood events have recently hit several parts of Asia and Europe. Despite the varying contexts, the climate change connection is evident in China and India, as well as in Germany, Belgium and the Netherlands. Floods are the result of a combination of two factors: first, heavier-than-normal rainfall, and second, limited capacity of rivers, drainage and water harvesting structures to withstand and discharge the excess rainwater, especially in a short time span. In all these recent events, the floods followed a period of unusually heavy rain, equivalent to a year's rainfall dumped in just a couple of days, overwhelming flood defenses.

Extreme event studies provide mounting evidence that climate change is increasing the risk of extreme weather events like heat waves, heavy rain and flooding, drought, cold/snow, storms, oceans and wildfires. Intense rainstorms are expected to be more frequent due to global warming as warmer air holds more moisture. Research also shows that climate change might make the storms producing intense rain across Europe move slower, increasing the duration of local exposure to these extremes. Thus, climate change is likely to increase the number of large, slow-moving storms that can linger for long in one area and deliver deluges as seen in Germany and Belgium.

While China experiences severe flooding every year, causing loss of life and property, this year’s intensity was unprecedented as the central Henan province witnessed its heaviest rainfall in 1,000 years. Initial observations suggest that the typhoon In-Fa may have been responsible for the heavy rainfall. The typhoon and the air currents carried atmospheric water, concentrating at Zhengzhou city, which is surrounded by mountains, creating a basin effect.

In the state of Maharashtra, India, the recent floods were a consequence of 600-900 per cent excess rain in many severely affected districts. As the southwest monsoon turned extremely active after a long break that ended on July 13, 2021, the rainfall was caused by an offshore region of extended low pressure known as a ‘trough’ that runs from India’s long west coast of the Arabian Sea. Climate change is making Indian monsoon seasons more chaotic with substantial disruptions in weather patterns and for every degree Celsius of warming, monsoon rainfalls will likely increase by about 5 per cent.

Floods in the Asia-Pacific region have been frequent and devastating both in terms of fatalities and economic losses. Globally, 10 out of the top 15 countries with the most people exposed to annual river floods are in the Asia-Pacific region. In order of population exposed to flood risk, they include India, Bangladesh, China, Viet Nam, Pakistan, Indonesia, Myanmar, Afghanistan, Thailand and Cambodia.

Per cent of GDP (left) and expected number of people (millions, right) affected by floods annually

The Asia-Pacific Disaster Report 2019 forecasts a substantial increase in flood-related losses, with the problems expected to worsen by 2030. China, India, Bangladesh and Pakistan will experience losses two to three times greater than in the reference year of 2010. Under the severe climate change scenario, India will be the worst affected, with annual losses of nearly $50 billion, followed by China, Bangladesh and Pakistan. While flooding can be analyzed by country, much of the excess water spreads across the region’s major river basins and crosses national frontiers. Under the moderate and severe climate change scenarios, the transboundary flood losses will be 2 to 6 times greater in the Ganga-Brahmaputra and Meghna basin; 1.5 to 5 times in the Indus basin: 1.2 to 2 times in the Mekong basin; and 1.1 to 1.5 times in the Amur basin.

One, operationalize climate action: Seeing these floods, one wonders why some of the world’s wealthiest and most technologically advanced countries face such large-scale damages, despite major investments in flood forecasting, preparedness, protection dams and other flood defenses. Part of the answer is that all the structural and non-structural flood risk reduction measures are put in place based on climate variability and historical risk analyses that do not factor in climate change. Managing floods requires forward-looking operational strategies derived from two climate change scenarios expressed as ‘representative concentration pathways’ (RCPs): a moderate scenario of RCP 4.5 and a worst-case scenario of RCP 8.5, which need to be customized to capture location-specific risk drivers.

Three, consider supporting the ESCAP/WMO Typhoon Committee. Since its inception in the late 1960s, the Committee has provided a model to replicate for managing floods in a changing climate. The regional platform for the management of floods and droughts in multi-hazard risk hotspots is an important part of the ESCAP Asia-Pacific Disaster Resilience Network.

The urgent need to protect communities and natural habitats is an important agenda item for the upcoming United Nations Climate Change Conference, COP 26. Finding solutions to address unprecedented levels of flooding is key to accelerate climate adaptation and resilience pathways.

Sanjay Srivastava is the Chief of Disaster Risk Reduction at the UN Economic and Social Commission.

The views and opinions expressed in this blog are those of the author and do not necessarily reflect those of the Coalition for Disaster Resilient Infrastructure (CDRI).